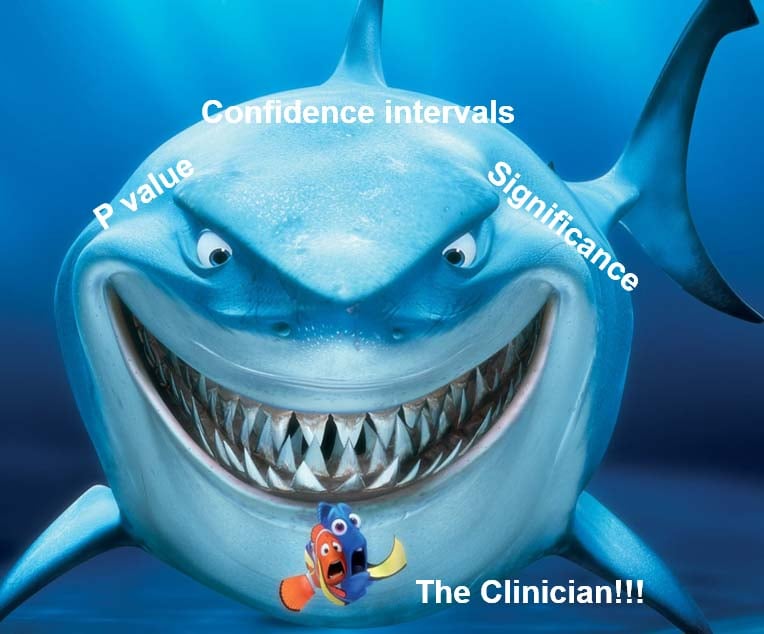 During this live lecture we discuss the following:

DR DAVE: So good afternoon, everybody. I am Dr. Vivek Dave. I am from India. I am a retina surgeon based at the LV Prasad Eye Institute in Hyderabad, in India. I have a keen interest in biomedical statistics, and I am a strong believer that basic biomedical statistical knowledge is of the most importance to clinicians all around the world. And for most of our basic research in day-to-day life, basic research related to our clinics, we really require just a baseline knowledge of basic biomedical statistics. We really do not require a lot of high fundamental statistics which require us to involve a lot of statisticians. So what we’re going to do today is discuss four basic biomedical statistical entities, namely the p-value, statistical significance and clinical significance, and we’ll see how they apply to each other when we go to the literature, so we can get meaningful results out of the literature which we can apply to our clinic. So over the years it’s always been if you pick up a journal article, you go through the language and you see p-value, confidence intervals, statistical significance. So as a clinician, this is not in our comfort zone. I hope to relate these in a way that arouses interest in the audience within these concepts, and hope that when you go back and read literature, you are able to apply these concepts and understand what they are going through. So as we begin, I will put you through some poll questions and start off with the first poll question, which is demographic in nature. I would like to know what is your position in the audience, in terms of you being an ophthalmologist, an ophthalmologist in training, a nursing staff, an ophthalmic technician, or a medical student. All rights. All right. So as I understand, most of our audience comprises ophthalmologists and ophthalmic technicians. So a lot of you are from the field where I practice. So I assume it will be easier for you to understand the concepts from my point of view as we go through the presentation. So another interesting poll question. I’m sure all of you are seeing a photograph on your screen. So if you could see the photograph and just tell me: What do you see on the screen? Is it a monster in the sky? Is it a bug on the road? Is it a bug in the sky? Or you think it’s none of the above?